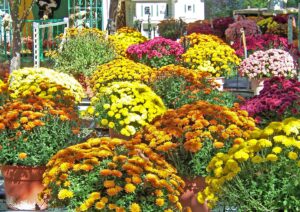 I’ve been writing inspirational blogs and gotten a lot of good feedback from some of you. However, a change is necessary because a new and dangerous movement has come to my attention, erroneously called “progressive Christianity.” You might have heard the term. I hope and pray that you are not attending a church which claims to be “progressive Christianity,” or being pressured by people who think this is where the Church needs to be. At any rate, I decided to share some thoughts on this false and evil movement because I do know exactly what it is.

The truth is “progressive Christianity” is neither progressive nor Christian. Although it claims to be new in presenting a “progressive” and “better” understanding of Christianity, the faithless tenets of its core beliefs have been around a long time. The short letter of Jude, believed to have been written by one of Jesus’ brothers in the last half of the first century, says it all in vs. 3-4: “ . . . I found it necessary to write appealing to you to contend for the faith that was once for all delivered to the saints. For certain people have crept in unnoticed who long ago were designated for this condemnation, ungodly people, who pervert the grace of our God into sensuality and deny our only Master and Lord, Jesus Christ.”

Jude describes progressive Christianity (hereinafter referred to as PC) perfectly. And in doing so it is easy to see that PC is not progressive but regressive. It treats sin as a joke and champions every form of sexual immorality as morally good and even godly. This was ancient Rome, the world Jesus Christ was born into. Christianity brought morality and civility into Rome’s evil world, and over the centuries to the world at large. But now PC, nothing more in our day than a continuation of faithless and immoral liberalism begun in the 19th century, thinks Christianity should go back to the godless and immoral society of the first century.

They mistakenly think that by changing Christian beliefs they won’t have to give account to God for their sinful lives.

This is pure regression, a turning away from “the faith that was once for all delivered to the saints.”

For this reason and many others PC, despite what it calls itself, and no matter how much it talks about love and Jesus, cannot be considered a Christian movement. The main reason it is not Christian in any sense of the word is because it denies not only the divinity of Jesus Christ, but also his atoning death for the sins of the world. PC claims Jesus was just a man who needlessly died on the cross—and his resurrection never happened.

As early as the late first century a new movement arose among Greeks and Romans, and perhaps Jewish people, called Gnosticism. Some Church historians think this was a teaching stream among Christians and refer to it as “Gnostic Christianity.” After all, one of the early Church fathers, Irenaeus, who lived in the 2nd century, strongly denounced it in a series of books, Against Heresies. But inasmuch as Gnosticism denied that Jesus had a body and therefore never shed his blood on the cross for our sins, it is simply not true that it was considered a Christian movement by the early Church, even though some Christians were involved in it.

Unlike Gnosticism, PC does not deny that Jesus was a human being. They even claim to believe in him and talk about his love as an example to us. But since they, like Gnostics before them, deny that Jesus died for our sins, PC is not anything more than faithless liberalism warmed over with a new twist—claiming to be something new and progressive when it is actually very old and incredibly regressive.

Besides the two points already mentioned that demonstrate PC’s anti-Christian philosophy in everything they write and teach, they disdain and debunk the Bible even though they quote it. They claim it is not a book of truth and is neither inerrant nor infallible. To their teachers the Bible is a deceptive book and therefore not authoritative for Christians. Everything in it they don’t like—which is everything good and true and precious to people who believe the Bible—they explain away, ignore, or claim to have been “enlightened” to something better. To PC people, John 3:16 is just a lie.

These claims are nothing but satanic lies to get Christians to stop believing God’s Word, the most beautiful and truthful and empowering book ever written.

Decision magazine, in an article entitled “The Lie of ‘Progressive Christianity,’” points out the falsehood of PC in their dismissal of the Bible. “The distortion of God’s Word is the root of all unfaithfulness” (Dr. R. Albert Mohler, Jr.). Furthermore, the writer points out that “Christianity that conforms to culture is a counterfeit Gospel.” This is exactly what liberals in the Church and PC want us to do. They, as tools of Satan, what us to stop believing that Jesus Christ died for our sins and gives us power, righteousness, and eternal life.

But if we stop believing the Bible, if we no longer have faith in Jesus Christ, and start believing culture’s lies that they know better than us poor and stupid Christians, then Satan has defeated us and we are indeed losers for eternity.

Furthermore, it’s been my experience in researching and writing that people—scholars or anyone else—who criticize Christian truths or just don’t believe them usually tell lies about what the Bible teaches and what we believe. While that’s always been true with atheists—some of whom are in the Church—lying has become the order of the day in our world, especially among politicians and “religious” people.

(Read the Decision article at https://decisionmagazine.com/lie—progressive—Christianity/ for more on why PC is a lie.)

As believers in Jesus Christ, who gives us a better life in this world and eternal life in the next, we cannot (at least should not) be fooled by Satan’s lies. That’s why I was recently a little startled when reading a new book about PC, Another Gospel?, by Alisa Childers, published by Tyndale in 2020. It’s positive and enlightening, and I highly recommend it for every believer who wants to know the truth about PC.

However, I was taken aback by the first few chapters because Childers says she signed up for a class by an unnamed pastor she respected who was going to enlighten his Christian students on what was wrong with Christianity and what needed to change. The teacher claimed to be a Christian and to believe nearly everything Christianity proclaimed. But as he began to teach the class he questioned and denied every tenet of Christian truth.

Childers says that her faith was shaken to the core. She began to wonder if everything she believed about Christianity was wrong! She experienced troubled nights and wondering, terrified days when thinking about what the teacher was telling his students. Yet as Childers progressed in explaining what was wrong with PC and what the teacher was saying, it became apparent that she was really well-grounded in Christian truth and in her faith in God and in Jesus Christ. Although there was much she didn’t understand about Christianity (and still doesn’t understand some things!), her faith in Christ and in the Bible could not be shaken.

When Jesus Christ lives in the depths of our hearts, and we have experienced our great, miracle-working God, the Holy Spirit will never let us accept Satan’s lies.

I’ve discussed the main problems with PC and why it is neither progressive nor Christian. But before closing this blog, here are a few more things you should know about what PC, by-and-large, really believes.

Since PC thinks Jesus’ death on the cross was foolishness and unnecessary, it should be obvious that they don’t believe in such a thing as sin. Evil, maybe, but not sin before God. Everyone is really a good person and all will make it to heaven. This is the old and false belief called universalism. PC doesn’t believe in God’s punishment for evil and even the ungodly and faithless will be let into heaven.

Looking at all the horrific brutality in our present world—not to mention the past—it’s hard to understand how anyone could believe this perverse lie, but they do.

Even though PC refers to its beliefs as “Christian” they teach that all religions lead people to heaven. They are not so ignorant as to believe that all religions don’t contradict each other because they obviously do. But they claim that some good in all religions makes them equal. This, of course, is pure nonsense if not idiocy. Jesus warned us about this very philosophy. As he argued with people who didn’t like him in spite of his love for the people and healing them of many illnesses, he told them, “I told you that you would die in your sins, for unless you believe that I am he [the Messiah] you will die in your sins” (John 8:24).

Furthermore, PC believes that any kind of gay relationships are okay despite the fact that the Bible condemns homosexuality throughout. And they heartily approve of same-sex marriage even though the Bible, also throughout, allows marriage only between one man and one woman. The Bible’s teaching on marriage and marriage-only sexual relationships is denied as simply being ignorant and intolerant.

Also denied are all supernatural miracles and our supernatural God found throughout the Bible. From all their teaching, it should be obvious to most people that PCers are nothing more than atheists trying to camouflage themselves as Christians. Alisa Childers makes a profound statement about this state of PC early in her book, another indication that she wasn’t fooled by her false teacher as much as she thought she was.

“[PC is] an entirely different religion—with another Jesus—and another gospel” (Another Gospel?, p. 76).

Note what the apostle Paul adamantly said about this same situation in the mid-first century: “Even if we or an angel from heaven should preach to you a gospel contrary to the one we preached to you, let him be accursed” (Galatians 1:8). There is no other “Christianity” than what the New Testament writers and all those who have since believed them tell us because Jesus Christ is God’s good news for all mankind, the gospel of eternal life.

But don’t be fooled by their lies about real Christianity, the living God of the Bible, and Jesus Christ, our crucified savior proclaimed by the New Testament witnesses and who now lives in our hearts by the power of the Holy Spirit. PC is neither progressive nor Christian. It is just a reformulation of faithless liberalism by atheists who denounce the truth and power of God and the life-changing reality of Jesus Christ.

They come after Christians because Satan doesn’t want us to spend eternity with our loving God. But remember what Jesus said about Satan: “He has no power over me” (John 14:30, RSV). He has no power over any Christian, either, because we belong to Jesus Christ, who defeated Satan on the cross and who gives us eternal life.

One thing Paul said about Christ living in our lives is beautifully dynamic although not well known. Alisa Childers found it out, and so will anyone who is challenged by the false PC “gospel.” In 1 Corinthians 2:16 Paul said plainly, “We have the mind of Christ.”

That includes me. And you.