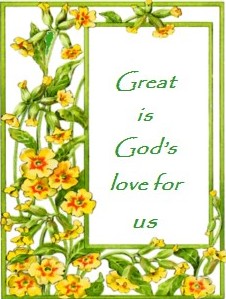 Atheists don’t like it, but the Bible makes it clear that people who don’t believe in God, the creator and sustainer of the universe, are fools. Psalm 14:1 plainly says, “The fool says in his heart, ‘There is no god.’” Psalm 53:1 makes the same assertion, and adds, “God looks down from heaven . . . to see if there are any that are wise, that seek after God.” Sadly, the psalmist observes, “They have all fallen away; they are all alike depraved; there is none that does good, no, not one” (53:2-3).

A sad denunciation of the godless in ancient Israel, and a sad commentary on the resurgence of atheism in our day.

In the New Testament, the apostle Paul points out in Romans 1:18-22 how the wickedness of human beings has long suppressed the truth about God, even though, “Ever since the creation of the world his invisible nature, namely, his eternal power and deity, has been clearly perceived in the things that have been made. . . . So they are without excuse . . . they became futile in their thinking and their senseless minds were darkened. Claiming to be wise, they became fools.”

In biblical days, and throughout the history of the last 2000 years, atheists didn’t have the guidance of the American Atheists association to teach them that they should be good people without relying on the crutch of religious belief. While I would never claim that all atheists are evil people (I know atheists who are good people!), an atheist in the Bible was someone who not only foolishly had no faith or belief in God, but someone who was evil and oppressed God’s people.

Listen to the prophet Isaiah: “The Lord of hosts looked for justice, but behold, bloodshed; for righteousness, but behold, evil. . . . Woe to those who call evil good and good evil. . . . Woe to those who are wise in their own eyes, and shrewd in their own sight! . . . . For they have rejected the law of the Lord of Hosts, and despised the word of the Holy One of Israel” (5:1-24).

Atheists don’t believe—and never have believed—that there is a greater power, a supreme being, their Creator, to whom they will one day have to answer. Their foolishness has inevitable, catastrophic consequences.

In Psalm 78 the psalmist chides idolaters and oppressors of Israel for their lack of belief in the God who, by great miracles, delivered them from Egyptian slavery, saved them again and again from their enemies, from drought and hunger, and even punished them in unmistakable ways. “In spite of all this they still sinned; despite his wonders they did not believe” (78:32).

Are atheists’ minds so dull that they cannot see and appreciate the God who loves them? Psalm 33:4-5 points out the goodness and greatness of God upon the earth:
“For the word of the Lord is upright; and all his work is done in faithfulness.
He loves righteousness and justice; the earth is full of the steadfast love of the Lord.”

Why does the Bible tell us that atheists were consistently evil, foolish people?

One answer is that they wanted to be—they willed to be. God created human beings with a free will—we can do evil or we can do good. Even atheists admit that we have a will to do evil or good, that we are not predestined, as Calvinists believe, to be foolish or wise, immoral or moral, unbelieving or believing regarding the God of heaven and earth and the lives we live from day to day.

Paul discusses that point in his letters, and he also had another idea why some people are evil. In 2 Corinthians 4:4 he writes, “In their case [immoral unbelievers] the god of this world [Satan] has blinded the minds of the unbelievers, to keep them from seeing the light of the gospel of the glory of Christ, who is the likeness of God.”

Most atheists are evil because the only moral standard they adhere to is of their own invention.

While the Bible is clear about defining an atheist, some people—even atheists—are unclear as to the basic meaning of the term. The American Atheists define an atheist as someone who believes “there are no gods.” In other words, an atheist is not someone who worships no god, or simply refuses to have faith in the one true God, but someone who denies that any sort of supreme being exists. The distinction is meaningless since there is only one God.

Atheists would say with the ungodly in ancient Israel, “There is no God!” Of course, they do not capitalize the word “God” since they deny his existence.

As the American Atheists web site points out, some have incorrectly defined atheism as a “belief system.” Since atheists have no religious beliefs other than “no gods exist,” it’s rather silly to think of atheism as a belief system or a “religion.” Recently, some atheists have applied to be chaplains in the military but were turned down because they believe in nothing. A chaplain—at least in the military–must be associated with a religion, that is, a recognized group that believes in a supreme being.

To believe in nothing indicates a mind-set of “nothingness,” which is merely insignificance and emptiness. An atheist has nothing to tell me, no way to guide my life except to say, “Stop believing in the foolishness of a god, because no such god exists.”

Such nonsense and worthless advice helps no one.

Of course, American Atheists claim they have much to offer humanity. The Aims and Principles section on the American Atheists web site seeks to promote “freedom of thought and inquiry concerning religious beliefs,” not in the sense that we might all be better believers, but that we might realize the foolishness of belief in God. Furthermore, they want to “engage in social, educational, legal, and cultural activity . . . useful and beneficial to the members of American Atheists and to society as a whole.” Among other things to promote the welfare of human beings.

Some of this is commendable. But then they point out that atheism “unreservedly accepts the supremacy of reason . . .  independent of all arbitrary assumptions of authority and creeds.” In other words, an atheist believes that reason trumps any belief in God. The Bible says that the opposite is true: a truly intelligent and wise person will not only seek God but find him.

Jeremiah the prophet quotes God as saying, “You will seek me and find me when you seek me with all your heart” (29:13). More than a few people have sat down to read the Bible with the intent of mocking it only to realize with an open and seeking heart that God really exists.

The last paragraph on the Aims and Principles of American Atheists is an effort to promote, of all things, materialism. They want us to believe that “the cosmos is devoid of immanent conscious purpose . . . that there is no supernatural interference in human life.” Billions of Christians would shake their heads in amazement at that statement. For God has helped us again and again. When the apostle Paul stood and debated life with Greek philosophers on Mars Hill (the Areopagus) in ancient Athens, he pointed out, “The God who made the world and everything in it . . . made from one every nation of men to live on all the face of the earth . . . that they should seek God, in the hope that they might feel after him and find him.”

God not only can be found, he wants to be found!

The last sentence in Aims and Principles would be laughable were it not the direct, tragic opposite of the true nature of materialism. “Materialism holds that our potential for good and more fulfilling cultural development is, for all practical purposes, unlimited.” Really? Some atheists are good, moral people who contribute to society. But the history of the world is that atheism and materialism always lead to greed, hatred, oppression, debauchery, rape, abuse of children, and mass murder.

Not surprisingly, there is nothing on the American Atheists web site about atheist dictators who have murdered millions and oppressed millions more.

Stalin and Lenin, perhaps the most famous of all atheists, put some 27 million to death. Another Communist leader, Mao Zedong, murdered 45 million in China. Hitler, although baptized as an infant in the Catholic Church, was an avowed atheist who despised Christians. He put to death at least 11 million, but some put his total responsibility at 17 million, including many German Protestant ministers and Catholic priests who openly opposed him. I could go on and on back into history of atheists with blood-lusts who murdered thousands if not millions. (Note: Some figures are estimates.)

And atheists are still murdering as I write this piece. Some are communists in various countries around the world, and others are jihadist Muslims, especially ISIS. No one who butchers, beheads, and burns people alive–even children—only for the love of it, and who rapes and enslaves women and children, can claim to believe in the God of heaven and earth, who loves the people he created. They can shout “God is Great!” all they want as they release their weapons of death upon the innocent, but they do not know—nor do they want to know—the God who gave them life.

Perhaps President Obama is right that they don’t represent Islam, but they insist they are the only real Muslims.

People who have left their atheistic beliefs and association with atheists to become Christians, including Charles Darwin’s great-great-great-granddaughter, Laura Keynes, and former Flyleaf lead singer Lacey Sturm, say that one of the reasons they left atheism was because the atheists they knew were cold, angry, and hateful.

The most significant reason, however, was that they found the love of God in Jesus Christ. God became real in their lives—not a creed or a doctrine, or a Greek and Roman myth, nor a faded personage of history—but a living God who loves them and ministers to them in many ways.

Here is the biggest reason of all why the Bible writers tell us that atheists are fools—they miss out on the blessings and help and goodness of the God who loves them. Psalm 117, the shortest psalm in the Bible, is perhaps the most insightful and powerful. It says,

Praise the Lord, all nations! Extol him, all peoples!
For great is his steadfast love toward us; and the faithfulness of the Lord endures for ever.
Praise the Lord!

Unlike many atheists, God doesn’t hate anyone. That most famous verse of all in the New Testament, John 3:16, is still true today: “God so loved the world that he gave his only Son that whoever believes in him should not perish but have eternal life.”

“The world” God loves is everyone in it. That includes past, present, and future people living and dead–even atheists.