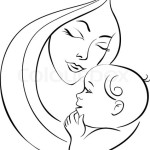 In my first blog (“Politicians: America’s Fetus Killers,” posted November 2015) I pointed out that the real killers of innocent babies in the womb are our politicians. From the Supreme Court (1973) on down they have sanctioned the killing of fetuses with no consideration for the life of an innocent baby nor caring how God, the creator of life itself, feels each time life is taken from an innocent fetus, who did nothing to deserve a cruel death.

Much has happened on the abortion issue since then, notably that Donald J. Trump, who is opposed to abortion, was elected President. He has placed some restrictions on abortion, and Congress has tried to defund Planned Parenthood, who does the bulk of abortions in the U.S. Some politicians, however, even those who say they’re opposed to abortion, are afraid to defund Planned Parenthood, citing the old dodge of “women’s health.”

PP does engage in some needed women’s health, but nothing women can’t get elsewhere. They don’t even do mammograms because, as the president of PP, Cecile Richards, admitted, they don’t have mammogram machines! Richards makes nearly $600,000 per year in salary and perks. The abortion business is extremely lucrative!

Some courageous states, who aren’t intimidated by the protests of political fetus killers, have managed to cut Planned Parenthood’s funding, and more bills are on the way. More than 20 abortion clinics have closed in 2017 alone, and more than 145 have closed in the last four years.

Unfortunately some judges who, like political fetus killers, believe falsely that a woman has a right to kill her baby, have declared some new state laws against abortion unconstitutional, prompting the re-opening of a few clinics.

The slaughter of the innocents continues.

God hears their cries and God knows who is killing them.

The election of Donald Trump has prompted some politicians and others to scream louder than ever for the so-called “right of abortion.” Hillary Clinton calls abortion “sacrosanct.” Really? That’s like saying, “Don’t you dare touch murderers! They have an inviolable right to kill whomever they want to!”

She apparently doesn’t care that she’s a murderer in God’s eyes.

Hillary Clinton not only sees abortion as an absolute right, but also calls for unlimited abortion, up to the moment of birth, as does Bernie Sanders.

And they want all of us taxpayers to fund it, even for illegal immigrants!

Some Democrats are screaming that pro-life Democrats should be thrown out of their party. Unless you’re a baby murderer you can’t be a Democrat! As of today that idea won’t float, but in time it might.

After all, fetuses can’t vote. But women who approve of abortion do.

All fetus killers, especially politicians like Clinton and Sanders, turn a blind eye not only to God’s love for new-born life but to the brutality of abortion. Make no mistake about it, abortion is brutal.

One method used, Suction D & E, dismembers the tiny body in the womb. One section of the precious fetus is pulled out at a time with a forceps. The abortionist keeps working until all body parts are removed. They don’t care that a fetus does feel pain.

In World War II both the Japanese and the Nazis brutalized some of their victims, including more than a few POWs. They tortured people in inhumane ways, often in the name of medical science, sometimes by pulling bodies apart. How all of our politicians and the medical community cried out against that brutality!

But an innocent fetus? Pro-abortionists don’t care what they do to it. They just have to get rid of it because the mother has paid them to do so! Some even kill a fetus after it was aborted alive, which is illegal and grossly inhumane. They are nothing short of callous murderers! Some abortionists and nurses have gotten out of the business because it is so bloody and brutal.

For abortionists and those who support it money is everything and life is nothing. Some even seem to enjoy the brutality just as WWII torturers did.

Pro-abortion politicians just don’t care. They hide behind the phony issue of “women’s health” and continue to take money from the abortion lobby.

Money is everything and life is nothing to political fetus killers.

In July of 2012 a young lady, Tonya Reaves, died on a Planned Parenthood abortion table. They left her alone for 5-1/2 hours to bleed to death. Why? Why would the abortionist and others in the clinic do that to a beautiful human being?

The only possible answer is that they have no care for life itself. Their only interest is money from the abortion business. They believe, evidently, as Hillary Clinton does, that abortion is sacrosanct—untouchable.

Planned Parenthood did have to pay $2 million dollars to Tonya’s family to settle a lawsuit, but to this day no criminal charges have been filed against the Planned Parenthood facility nor the abortionist. Why not? Some jurisdictions don’t seem to care what PP does. They will not file any charges against them. Thank God that other law-abiding communities have brought charges and gotten convictions against criminal abortion activities.

Since abortionists and some politicians are so eager (even if they say they’re not) to help a mother kill her unwanted baby (women readily admit that this is what they are doing!), the best way to stop this savage butchery is for pregnant women to realize how precious God-given life is and to stop the senseless killing themselves.

Even when there may be a medical reason to stop a pregnancy, women need to realize that God may have something else to say—and do–about the problem.

Several years ago a couple in our church asked us to pray for a young couple in their extended family. Cecilia had recently given birth to triplets, and all were on oxygen in intensive care, on the edge of life itself. Each baby weighed considerably less than 2 pounds and had numerous problems.

Furthermore, Cecilia had experienced many complications during her pregnancy and had been warned by a doctor that she might die. “Unless”—she was told vehemently—“you abort every one of your babies!”

But Cecilia was a strong believer in Jesus Christ. She and her husband trusted God to bring her and their babies safely through. She absolutely refused an abortion for all or even one of her babies—God’s precious gifts!

Yet problems abounded for mother and babies when they were taken by C-section at 26 weeks. Cecilia recovered from her problems, but all three children, one girl and two boys, suffered serious, life-threatening conditions.

Cecilia and her husband trusted God, and their families and several churches continued in fervent pray for their babies. Our church prayed on Sunday mornings corporately, and during the week individually. Little by little the babies recovered. They were all healed by our great God and by the medical staff at a Texas hospital.

Today, six years later, all three children are perfectly well and are exceptional students in the first grade. They are a glorious miracle of the God who loves them and a wonder to their faithful parents who loved them even before they were born.

No abortion ever needs to happen. We all need to come to the place of seeing a fetus as ultrasound does. That’s right—ultrasound. Ultrasound doesn’t see a blob. It tells a woman whether she is going to give birth to a boy or a girl.

That’s just how God sees every fetus, for he is the giver of life itself. Abortion destroys life. But God loves life and gives us help and strength and love all the days of our lives. After all, as the psalmist said of God, “You formed my inward parts; you knitted me together in my mother’s womb. I praise you, for I am fearfully and wonderfully made” (Psalm 139:13-14, ESV).

Those of us who love God and love life long for the day when abortionists and all politicians will see the truth and beauty of the psalmist’s words!