You Are God’s Beloved 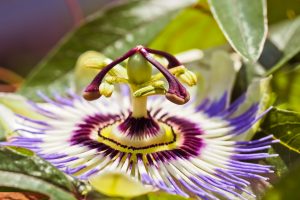 Did you know that you are God’s beloved? Many Christians do not. Most Christians will talk about God’s love for them even though they sometimes

have a difficult time believing he really loves them. Especially when trials and disappointments come their way. Still, most Christians will freely talk about the love of God for everyone in the world. After all, that’s what John 3:16 says, that “God so loved the world . . . .”

But “beloved,” meaning someone held very dear by God in a close relationship?

After all, that’s what the New Testament says!

We know, of course, that God called Jesus his beloved Son at least twice: once at his baptism, and once at his transfiguration.

When John the Baptist brought Jesus up from the waters of the Jordan River, the Holy Spirit descended as a dove upon Jesus, Matthew tells us, and a voice from heaven said, “This is my beloved Son, with whom I am well pleased” (3:17).

Later in his ministry Jesus took Peter, James, and John up on a high, unnamed mountain, probably somewhere near the Sea of Galilee. Wherever they were, Jesus was “transfigured” before them, meaning only that his appearance changed. Matthew writes, “his face shone like the sun, and his clothes became white as light.” A bright cloud appeared over their heads, and a voice from the cloud thundered, “This is my beloved Son, with whom I am well pleased; listen to him” (17:1-5).

Peter briefly repeats the story of the voice from heaven in 2 Peter 1:17-18, commenting, “we ourselves heard this very voice borne from heaven, for we were with him on the holy mountain.”

So God, at least twice, plainly called Jesus his “beloved Son,” each time in a voice from heaven that people could hear. The second time, on the mountain at a very lonely spot, Matthew writes, “When the disciples heard this, they fell on their faces and were terrified” (17:6).

Perhaps some of you, although not terrified unless you are hearing a thundering voice from heaven, are skeptical that you could be in a class with Jesus as one of God’s beloved people. He was, after all, God’s own Son, and we as human beings are not, but are rather created beings, unlike Jesus Christ who is co-eternal with God.

But in Romans 8 Paul says that we, as believers in Christ, are joint heirs of heaven with God’s Son. “The Spirit himself bears witness with our spirit that we are children of God, and if children then heirs—heirs of God and fellow heirs with Christ” (8:16-17).

We are heirs, Paul says, “of God,” meaning that we belong to God and thus have received his Holy Spirit and the power of Christ to live holy and righteous lives. And beyond that we have already inherited, although in a future sense, the glories and riches of heaven to live with God forever and ever—just as Jesus is doing.

And the anonymous writer of Hebrews calls believers “beloved” in 6:9.

Now you might be thinking that this proves nothing about God calling us his beloved.

Not so. They call fellow believers “beloved” because they saw us as beloved by God.

In Romans 1:7 Paul writes, “To all God’s beloved in Rome who are called to be saints” (NRSV). This is the correct translation because the word for “beloved” is an adjective, not a verb. The ESV and NIV mistakenly translate this phrase “loved by God,” but the KJV, NKJV, NASB, NRSV, RSV, and most other translations translate the adjective correctly as “beloved.”

There is a difference in both Greek and English in the phrase “God’s beloved,” or “loved by God.” The word “beloved,” as I pointed out earlier, is much stronger in meaning because it designates a special relationship to someone who is extremely dear to the person being called beloved by the person using the phrase.

And Paul didn’t stop with Rom 1:7. In Ephesians 5:1-2 he says, “Therefore be imitators of God, as beloved children. And walk in love, as Christ loved us and gave himself up for us, a fragrant offering and sacrifice to God.”

Whose beloved children? The phrase goes back to God.

The next time you are feeling discouraged, or rejected, or unloved, or an unworthy child of God, or that God himself doesn’t love you anymore, remember and read the words of Paul and all the New Testament letter writers.

You are God’s beloved!